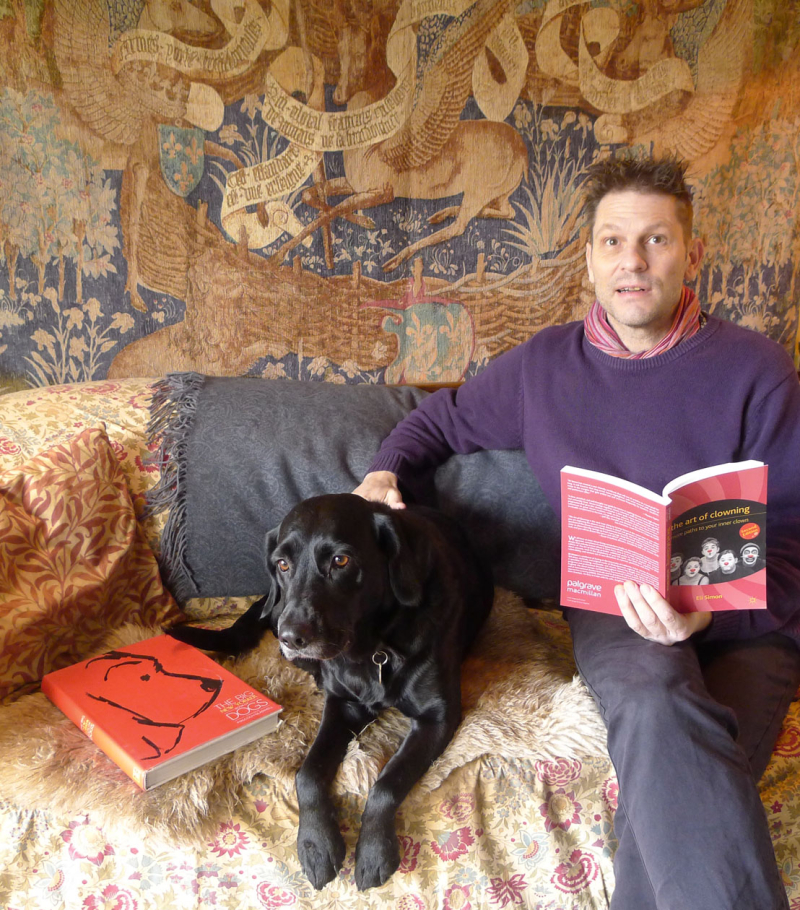 Howard Gayton has worked for over thirty years as a theatre director, performer, scholar and teacher specializing in Commedia dell'Arte and other forms of mask theatre, as well as puppetry, foolery, folk pageantry, and theatrical storytelling. His work is inspired by all manner of mythic tricksters, zanni figures, fools, jesters and sacred clowns, as well as by the use of masks in drama, myth, magic, and sacred rituals the world over. "Commedia, Dark Clowning, and Fooling," he says, "through their structured use of archetype and metaphor, are the perfect forms for re-enchanting contemporary theatre, and exploring themes of crisis, healing, and transformation. This kind of theatre is more important than ever in our fractured world." 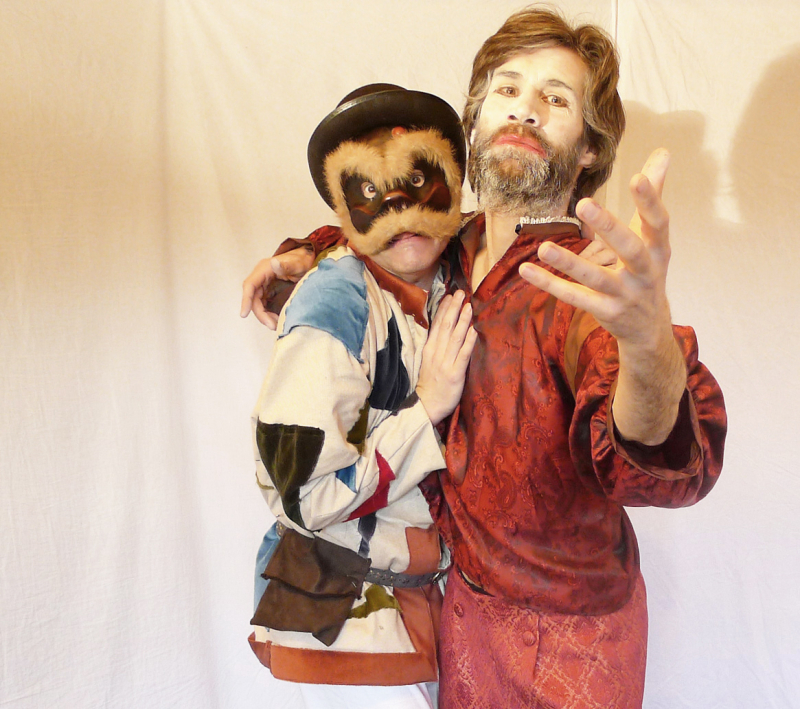 In 2016, Howard co-founded Columbina Theatre with playwright Peter Oswald (The Globe Theatre, The National Theatre, Bristol Old Vic). This boundary-breaking new company is dedicated to exploring new forms of Verse and Mask Theatre, showing that these classic forms of drama, stretching back to the very beginnings of culture, are still powerful, meaningful, and relevant to modern life.

Current productions include Egil, a collision of Viking slam poetry and rock music, delving into the essence of language itself, and Sleep Cycle, a trance-inducing evening of "extreme poetry" with Oxford Professor of Poetry Alice Oswald. The company has two new comedies in development, Two Towers and Theatre is Dead, inspired by Commedia Dell'Arte, Bouffant, and Dark Clowning, but addressing contemporary themes of gender, class, power dynamics, and the place of art in the modern world. 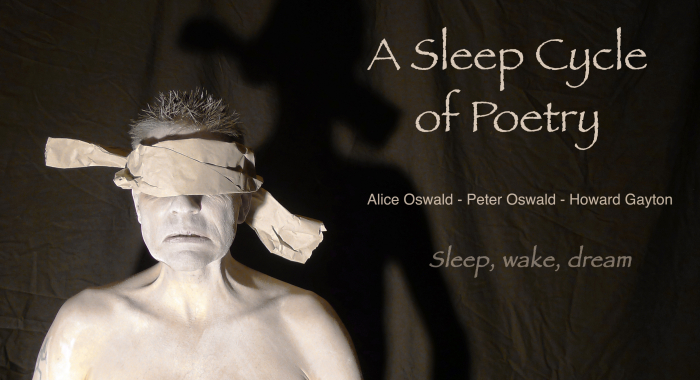 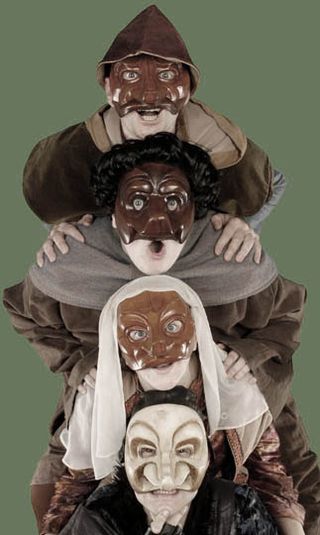 In its earliest form (in 16th century Italy), Commedia dell'Arte married the rough entertainments of traveling street peddlers with the classicism of Greco-Roman drama and the masks of Venetian Carnival - using stock characters to create a vibrant, slap- stick, highly physical (and often subversively political) form of comedy theatre. Performed outdoors on high trestle stages in busy piazzas and market squares, Commedia was beloved by audiences all across medieval and Renaissance Europe. Its themes can be found time and time again in the works of Shakespeare, Moliere and other great European dramatists.

In 1990, Howard co-founded The Ophaboom Theatre Company in partnership with Geoff Beale, Drawing on medieval theatre, trickster tales, and Commedia's origins, they set out to create a contemporary style of Commedia that would resonate with modern audiences. Working in four languages (sometimes all in the same show!), they spent the better part of two decades touring extensively throughout the British Isles, across continental Europe, and as far afield as North America and Southeast Asia, establishing themselves as England's premier Commedia company.

Performing in Aurillac, France (above) and in St. Marks Square at Venice Carnival (below) 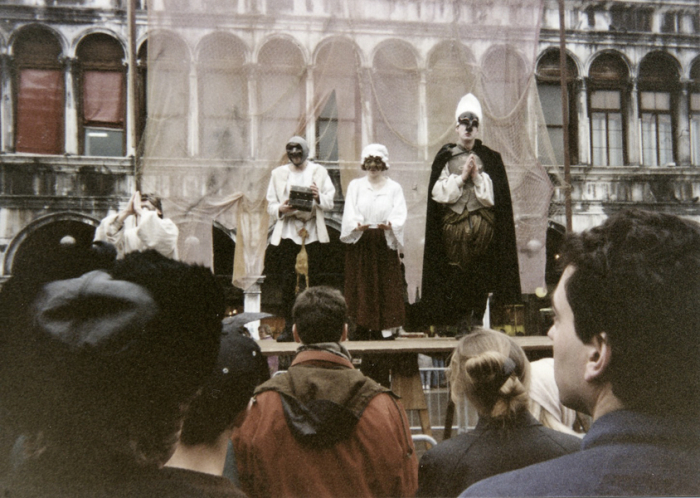 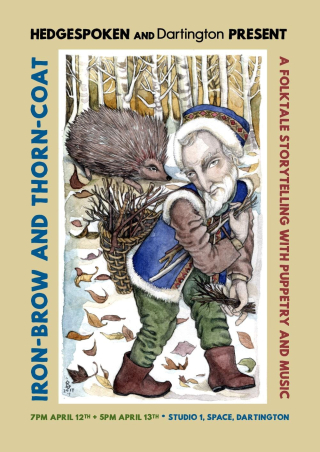 Puppetry:  Howard has written, directed, and performed in numerous puppet shows for The Little Angel Theatre in London and Norwich Puppet Theatre in Norfolk -- including popular versions of The Musicians of Bremen, The Selkie Bride, Romeo and Juliet, and King Arthur. He is currently the mask and puppet director for Hedgespoken Traveling Theatre, teaches the art of glove puppets at The Curious School of Puppetry, and is developing a Commedia-inspired show with puppets designed by Little Angel's Lyndie Wright.

He is also a Punch & Judy professor, touring his anarchic Punch & Judy show to festivals and other venues including a traditional seaside pitch on the south Devon coast with master showman Tony Liddington. 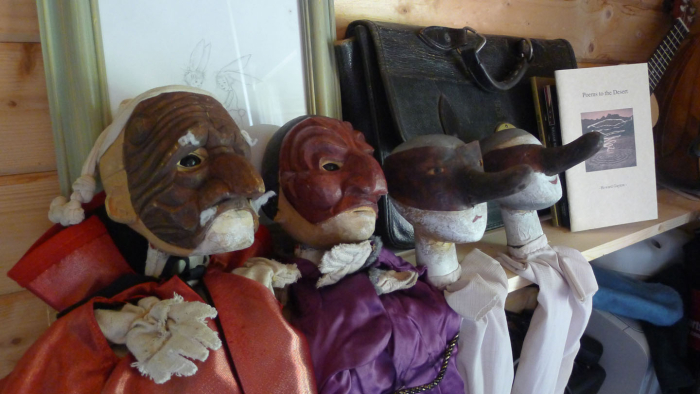 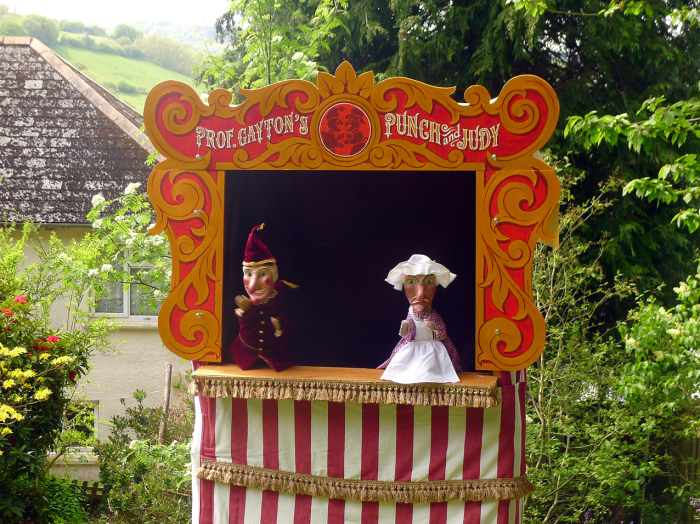 In addition to the work above, Howard teaches Commedia, mask work, and movement at East15 and other drama schools in Britain and Portugal, and runs workshops for theatre companies and actors seeking to expand their skills. He does freelance directing for theatre companies, playwrights, and storytellers in the UK and abroad, and consults on the areas of movement, mask work, and puppetry within shows.

Deeply commited to creating accessible theatre for a wide variety of audiences, he has performed in traditional theatre settings and on the street, in international festivals and local folk pageantry, done mask work with the medieval music troupe Daughters of Elfin, and collaborated on "live art & tom foolery" with the Whoever We Are ensemble. 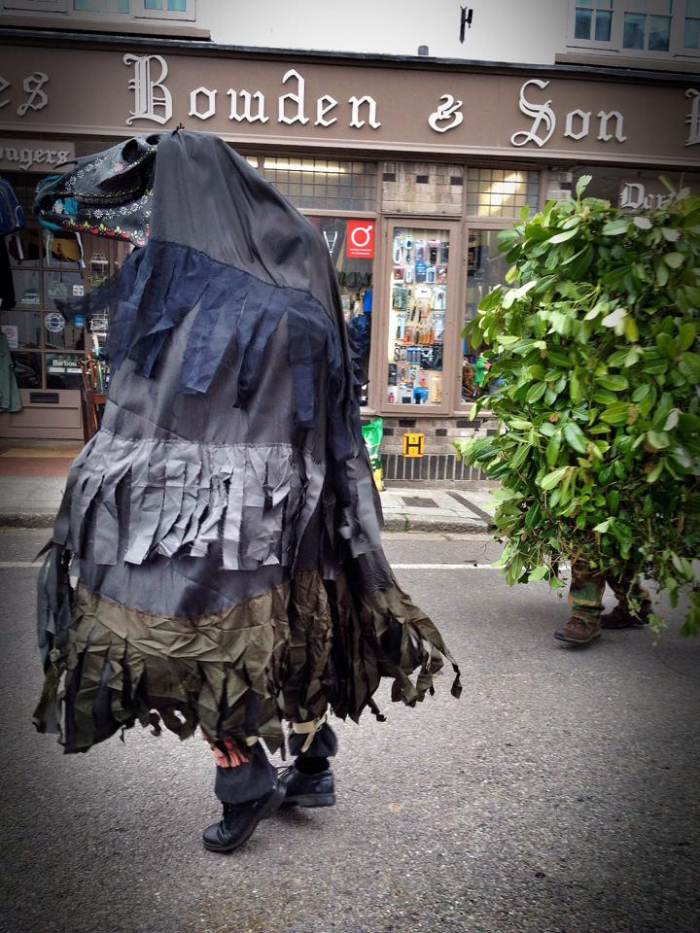 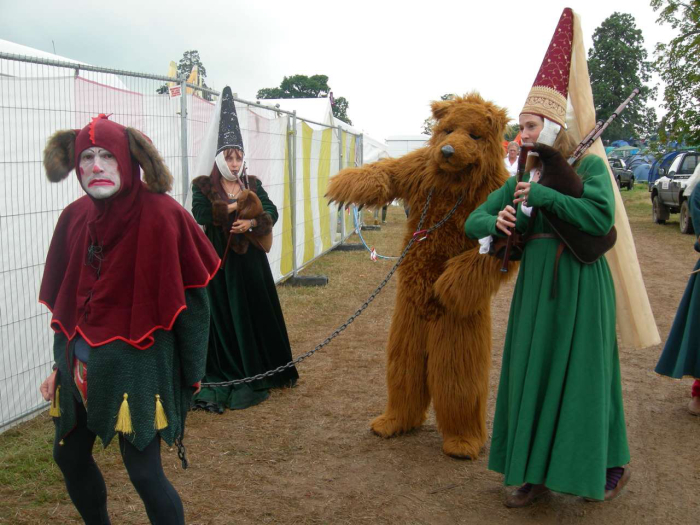 Writing:  Howard has created numerous play scripts for Commedia dell'Arte and puppet theatre, a radio play with Owen Powell, and articles on mask theatre and Commedia published in drama books, journals, and the online Journal of Mythic Arts.

Music:  He plays guitar, mandolin, ukelele, accordion, and percussion in theatrical productions, and with the band Panic Pete & the Roughbeats (specialising in early rock-& roll).

Art: He portrayed the mad Edwardian "fairy hunter" Quentin Cottington in photographs for the comedic art book The Pressed Fairy Journal of Maddy Cottington by Brian & Wendy Froud (Abrams Publishers, 2016), as well as in the book trailer video. 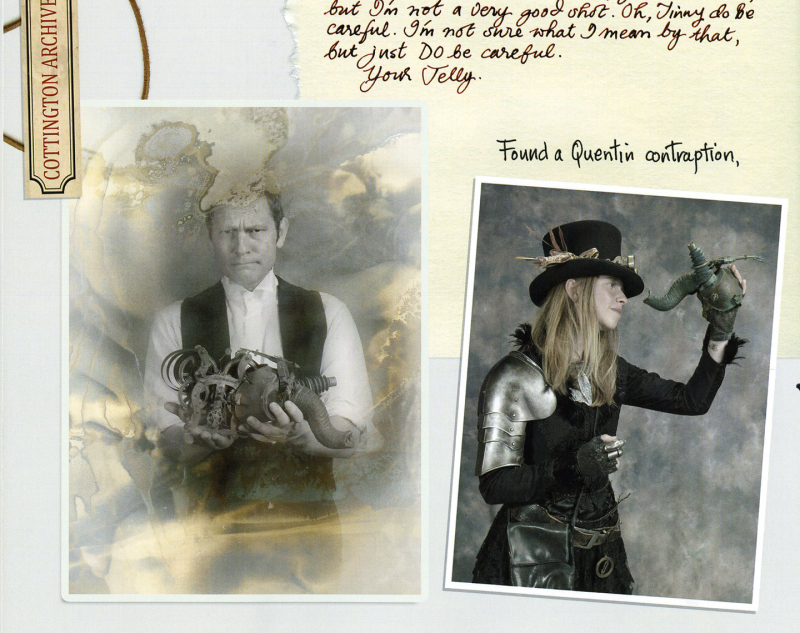 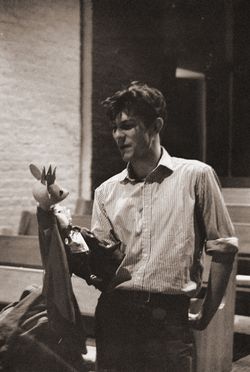 Background: Howard was born in Gloucestershire, raised in Oxfordshire, educated at Abington School and the University of Exeter, Devon. He was then based in London for many years while he toured the world with Ophaboom, alternated with stints at the Little Angel Puppet Theatre. He returned to the south-west in 2004, where now lives in at the edge of Dartmoor.

At the University of Exeter, Howard studied English & Drama as an undergraduate, and the History of Western Esotericism as a graduate student, with a focus on the esoteric history of Commedia. He has also studied physical theatre at the Desmond Jones School in London; and researched the ritual uses of masks and sacred clowning among Native American communities in Arizona with the aid of an Arts Council England grant. 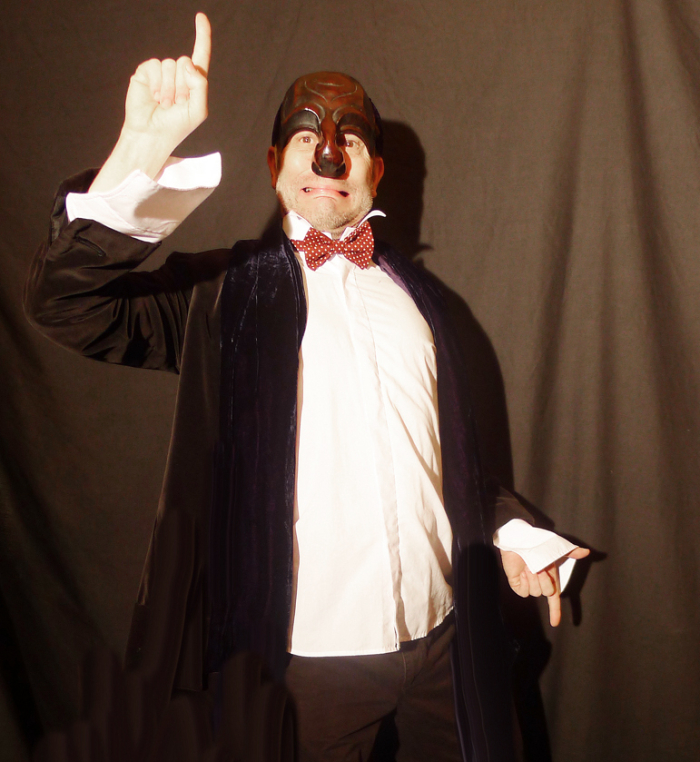 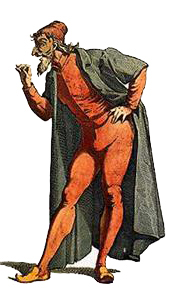 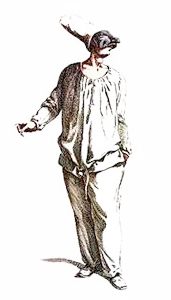 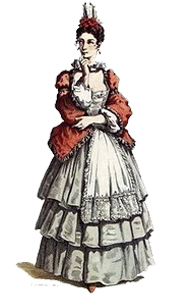 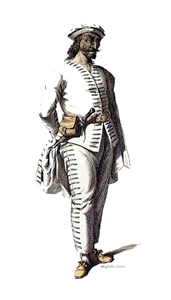 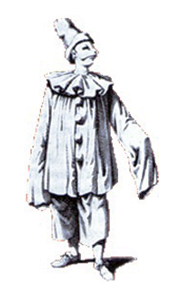 The Curious School
of puppetry 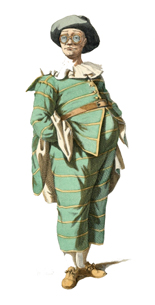 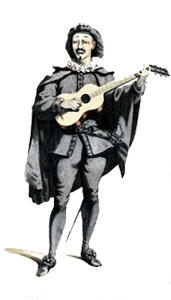